Norton 360 is considered to be the top ranked security suite for computers. And one that impacts system performance in a very minimal way.

But here’s what the “fine print” on a retail box of Norton 360 reads like:

In other words, Norton 360 is not software. It is “rentware.” You get to use it for a specified period of time. After that, it becomes the software equivalent of a paperweight. To make sure that it does so, Norton comes with a comprehensive online license activation service, that $tart$ a countdown to the next renewal date.

This is a departure from Norton’s previous policies. For example, previous versions of Norton Internet Security allowed to software to still be used after the license had expired. Only the customer’s access to updated virus definitions was disabled after the license expired.

In Norton 360, once the one year license expires,

Even non-security items, such as a password manager that comes bundled with Norton 360, denies you access to the website passwords you have stored in it. Bear in mind that this is a local utility that does not use Norton’s network services.

When purchasing boxed versions of software at retail outlets (at a premium price) it is assumed that the customer is taking ownership of the software, not “renting” it. And even if the terms of the fine print are to be applied, the customer does “own” the updates downloaded over the subscription period, and has the right to use them even after the subscription period has expired. And of course, he or she still has the right to use the software as it came, minus any new updates. For example, if you purchased a boxed version of Windows 95, you can still use it on a computer, even though that may not be a good idea. And you don’t expect Microsoft to disable the product.

Norton 360’s “rentware” agreement enforcement ironically endangers the security of computers it vouches to protect. For example, lets suppose that you cannot renew your subscription because you are in a foreign country and do not have access to your credit card. Or lets suppose you don’t want to pay the full price for a new subscription, and instead you are waiting for retail stores to slash prices on the boxed versions of Norton 360. Until you renew the subscription, your computer will be left vulnerable, without any kind of antivirus protection.

Depending on how angry this post makes you, you may switch to a free antivirus software. Or you may abandon Windows altogether, given the fact that when you pay Norton, you are paying for covering Windows vulnerabilities even though Windows is offering free antivirus to cheer you up.

Tags: FadsLeechesSoftware as a Disservice 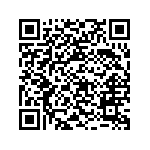