The Sanest Piece of Advice on Buying Bitcoin Mining Hardware

From depths of the Bitcoin community comes this sagely advice. A must read if you are considering buying Bitcoin mining hardware.

Mining is the process of converting energy into proof-of-work for the purpose of establishing a tamper-resistant historical record in Bitcoin.

While mining rewards miners with transaction fees and freshly created coins, mining is not a magical money making process. In theory, Mining exists in perfect competition, so mining profitably can be difficult or even impossible.

Currently the Bitcoin system releases ~3600 BTC per day and these coins are shared proportionally by the miners according to their relative hashpowers. As overall hashpower increases the return per hashpower decreases. In recent times hashpower has been doubling every month or so.

Many mining companies engage in a practice of selling “pre-orders” thereby shifting the substantial risks of hardware development entirely onto their customers. The practice of preorders also exploits ignorance about the future income mining will yield: People compute their income as if they had the hardware today, when it’s not scheduled for delivery until months later.

And then almost every hardware maker has missed their scheduled deadlines. Because of the rapid growth of hashrate a weeks delay can mean the difference between a nice profit and a loss. Many makers have also delivered devices substantially under spec, many others have been outright scams which have failed to deliver anything at all.

Some of the most experienced people in Bitcoin have lost out in these offerings, don’t just assume you won’t be taken.

Companies which have cost people thousands of coins that they’ll never recover are still operating with impunity, fueled by a seemingly never ending wave of people eager to get involved who think that mining is a lower risk way of obtaining coins.

Hosted mining companies with immediately available hashpower often sell it at greater than it’s expected value and themselves represent enormous consolidation risks to the Bitcoin ecosystem.

In reality, mining is risky: It’s riskier than holding bitcoins because it’s comparatively illiquid, and current mining hardware is not really useful for any other applications. These risks are multiplied by the unreliability of hardware companies and the uncertainty of future mining income. Keep in mind: few companies disclose how much hardware they are selling to other people, and many of them roll their profits into buying their own gear at cost and mining in competition with their investor-customers.

That said— I enjoy mining and I would not discourage people joining in. Mining is essential to the security of Bitcoin. It’s important that mining be widely distributed and especially when people mine using P2Pool it contributes to keeping Bitcoin decentralized and secure.

Just don’t rush in thinking you are going to make a ton of riskless money. At current retail prices I doubt most hardware available will break even unless the growth rate slows substantially, which seems unlikely in the near term. I think the exuberance of miners has fueled the irresponsibility in hardware companies and driven more competent and cautious parties out of the market.

It’s all our our responsibility to behave sensibly if we want bitcoin to flourish. 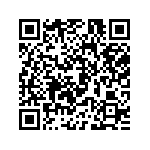