Now here is where it gets confusing. Going into it, some computers may display a full RAID setup, like this:

But others (maybe earlier ones) show no such RAID setup but also imply that something is working under the hood!

To confuse things even further, it is not possible for all Intel® chipset based computers to upgrade to the latest version of the software, which is currently 16.8.3.1003. For example, some older model chipsets such as Intel® 7 Series C216 Chipset family are stuck with a 2015 release (14.5.0.1081). And in case your manufacturer does not list it for download (No, you cannot get it through Windows Update, or even through the Intel Driver Support Assistant!), there is no way to figure out which version is compatible, other than doing a trial and error from the latest version downwards from the Intel website!

But What Does it do?

Intel Rapid Storage Technology® has been called a “fake RAID.” A RAID is a setup in which data is shared across more than one disk (or partition) to protect it from hard-drive failure and to increase performance. Normally, this has to be enabled in the BIOS settings. Intel Rapid Storage Technology® accomplishes this at a software level by communicating directly with the Intel chipset in machine language. It also allows the SATA host bus adapter to enter a low-power state during periods of inactivity, thus saving energy by playing around with the AHCPI (if battery power matters to you).

So what is the Debate about?

There are numerous debates littered across help forums on the Internet. Here are some of the more notable ones. I am presenting them as polls because there is no clear consensus on most of them.

Intel Rapid Storage Technology® represents a classic attempt of a hardware manufacturer creating a closed source software specifically for its own hardware, but then updating it only for its newer selling versions of hardware. And forgetting to update everyone about whether or not it is still relevant.

Please contribute in the Comments Section to help others out of this train wreck. 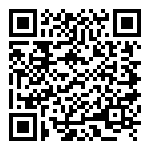