Dieselgate and the fall of German Automotive Technology

Once upon a time, German cars were considered a smart investment.

The quality of vehicle and its parts ensured a longer-than-normal running life. The shell of the vehicles would be tank-like, ensuring occupant safety. They were the pioneers of the Diesel engine. And even in countries were Diesel was almost equal in cost to petrol, The Diesel engine’s engineering ensured far better mileage, along with a throaty throttle response. In fact, Volkswagen® TDI’s were once being marketed as “hybrid killers” despite the fact that the actual high mileage configuration TDI’s were often released in limited supply for unknown reasons.

But hands changed, investors changed, strategies changed. While the ride quality of over-engineered German cars continued to improve, their expensive parts ensured that owners kept parting with their cash long after their initial purchase. German manufacturers became even greedier, installing firmware that ensured only their “genuine” parts could be installed. The first company to stamp a tentative “expiry date” on its vehicles happens to be a German one.

Then came Dieselgate. The scary realization that the company that was once seeking to unseat Toyota had been cheating all along. While Volkswagen® bore the cross on its shoulders, Dieselgate has become a setback for Diesel enthusiasts everywhere. The idea that “Clean Diesel” may one day compete with hybrids has been shelved. Volkswagen® has killed the Diesel dream.

For all of you disgruntled owners stuck with a TDI (or with a “fixed” TDI), here’s a bumper sticker to vent.

This one is on a black background (chalkboard style). 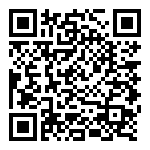