Was India’s 2016 “Cashless Society” Experiment Made in China?

The sudden demonetization of large denomination currency notes by the Government of India on 9th November 2016 created a mix of shock, horror, confusion, speculation and conspiracy theories across the Subcontinent. At Cabal Times, we documented the then top conspiracy theories, one of which was that this was a crude attempt at forcing a cashless, surveillance society on India. This was supported by the fact that the Prime Minister had asked his citizenry to go cashless, implying that a cashless society was just around the corner. At the same time, card swiping machines were being distributed in rural villages like candy. Now, a recent WIRED cover story dated 14th December 2017 gives a detailed insider account of how The Powers That Be have created a cashless, surveillance society in urban China. Was this the blueprint for what was attempted in India in November 2016? This raises an alarming possibility that Globalists are actively Chinafying India.

At first glance, this possibility may be dismissed given the fact that China and India are different countries, with different cultures and with different levels of technological and industrial advancement. And they see each others as rivals. Policy makers of the two countries don’t exactly hold brainstorming sessions together, and officials of one country usually draw suspicion if they are found involved in the issues of the other country. But again, China and India also have some similarities, the biggest one being their massive populations. And another similarity is that the Globalists have historically sought to enslave both of them. The Globalists slowly took over China using British India as a base. While the Globalists became deeply entrenched in China through the Maoists following World War II, Globalist position in the Indian Subcontinent never recovered after the Great Brexit of 1947. Nevertheless, the Powers That Be are now on the ground in India again, working diligently to once again bring it under their control. It is only natural that their model of imposing control over the vast population of India would be based on what they have already successfully established in China. Despite India lagging behind in smartphones and Internet connectivity, the Globalists would seek to co-opt and adapt what they have tried and tested in China, rather than invent a new system of social control exclusively for India. This is because both countries also share another glaring similarity. That is the futility of developing a credit-cum-surveillance system identical to the West, which is dependent on trusted networks of banking and corporations. And therefore, in both countries, the Internet, Biometrics and Smartphones are being mobilized to bridge this gap.

Note the one eye.

And therefore we are carefully re-reading the WIRED cover story to see what lies ahead for India.

While India is having nervous tensions with its Chinese neighbors on the border, it seems a Chinese invasion may not be necessary, if the Globalists manage to Chinafy India from within. This will create a digital caste system based on political correctness, far worse than anything India has yet seen. 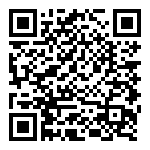