Based on the design guidelines outlined in a previous post, I have created some more wallpapers themed on original Mughal paintings.

Mughal paintings are associated with the Indo-Islamic civilization of the 15th-17th century. Since they were patronized by Mughal Emperors, many of those that survived depict the activities of Mughal royalty.  There is a rare elegance and originality about them.

The tree, which is the center-stage of the wallpaper, is considered to be one of the most beautiful pieces of Mughal Art. It was painted by one of Emperor Jahangir’s official painters. The painting is currently owned by the India Office Library. The painting was originally titled “The Chenar Tree.”

The floral design on the right comes from another painting from the reign of Emperor Jahangir. The painting is now owned by Mr. Chester Beatty.

A background is used in some of the wallpapers. It depicts Emperor Aurangzeb’s participation in a tiger hunt. This painting is currently owned by the Louis V. Bell Fund.

They are meant for 1024 x 768 pixel monitors, but can work for other monitors as well. Usage is covered by a Creative Commons License (see below).

Mughal wallpaper by Hamad Subani is licensed under a Creative Commons Attribution-Noncommercial-No Derivative Works 2.5 Canada License.
Based on a work at www.techtangerine.com.
Permissions beyond the scope of this license may be available at http://www.techtangerine.com/2009/07/26/wallpapers-themed-on-original-mughal-paintings/. 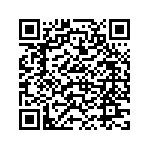