While Google has become associated with computing and the Internet in general, it attracts more grumbling and raised eyebrows than other heavyweights, such as Microsoft.

Even though Google’s recent pullout from China has highlighted its commitment to user privacy, it did little to assuage the doubt of netizens that the pullout from China was a result of cyber attacks on Google infrastructure. And were it not for them, Google would happily continue to participate in the censorship demands of the Chinese government. A notorious case of such “accommodation” towards the Chinese government was the 2006 “banning” of spacewar.com from its global search engine. Spacewar.com was reporting on China’s geopolitical and military affairs.

The following is a collection of five cases that highlight instances where Google’s commitment to “not being evil” has been questioned by netizens. And answers have generally not been forthcoming on Google’s part. Of course, this is not a general rundown of why you should avoid Google. Its more of a mixed bag of cases that I have come across over the years.

Individual instances of Google’s creep factor are too numerous to enumerate. You can fill your hands by searching at Gawker using the “yourprivacyisanillusion” tag.

Google was the only company to receive the worst ranking (Black; Hostile to Privacy). In their 2007 consultation report, PI justified their ranking citing the following specifics:

In summary, Google’s specific privacy failures include, but are by no means limited to:

PI claimed that a Google representative (or representatives) was alleging a conflict of interest between PI and Microsoft (Microsoft scored an orange in the same report). According to PI, the supposed conflict of interest revolved around one member out of the seventy members that make up PI’s Advisory Board being a Microsoft employee. PI stated that the said member had resigned from the Advisory Board immediately after taking a job at Microsoft. In a second letter, PI claimed that Google had briefed the media across the UK about another Microsoft conspiracy! To quote,

In this new allegation you assert that Microsoft pays for Privacy International’s silence about potentially negative aspects of its products by tipping money into 80/20 Thinking Ltd, which has two Privacy International staff as Directors. You allege that Burston Marsteller, which has been retained by Microsoft, in some way facilitates this relationship because it is a strategic partner of 80/20 Thinking. In this bizarre conspiracy you allege that the world’s most prominent privacy advocates, the world’s biggest software developer and the world’s leading PR company have entered into a secret pact to discredit Google.

Such denial, “blame Microsoft/Russians/Terrorists” attitude and hostility towards scrutiny is more characteristic of Intelligence Agencies rather than publicly traded companies.

Allegations of links to the CIA

“I think Google took money from the CIA when it was poor and it was starting up and unfortunately our system right now floods money into spying and other illegal and largely unethical activities, and it doesn’t fund what I call the open source world,” said Steele, citing “trusted individuals” as his sources for the claim.

“They’ve been together for quite a while,” added Steele.

Asked to impart to what level Google is “in bed” with the CIA, Steele described the bond as a “small but significant relationship,” adding, “it is by no means dominating Google in fact Google has been embarrassed because everything the CIA asked it to do they couldn’t do.”

If these revelations are true, they may be worrisome to not just “terrorists.” Lack of transparency allows the CIA to be used on some occasions, as a private army for the United Fruit Company those rich enough. And if a large and well endowed organization such as American Intelligence did indeed play a role in creating and fostering Google, then its founders may not be so deserving of the accolades heaped upon them. They may be just Lonelygirl15 cardboard cutouts meant for public consumption.

Regardless of the authenticity of these allegations, Google appears to have no issues when it comes to partnering with American Intelligence Agencies. Google acquired Keyhole Inc in 2004, which was partly funded by the CIA. Keyhole Inc. originally developed the software which is now known as Google Earth. The CIA received actual Google shares following the acquisition. In 2008, the NSA awarded Google a $2 million contract. When pressed for details by a journalist, the NSA only revealed that “NSA bought four Google search appliances, two-years replacement warranty on all of them, and 100 hours of consulting support.” A commercial satellite was launched in September 2008 to get high resolution imagery for Google Earth (The rockets had the Google logo on them). The $500 million satellite was partly funded by the Department of Defence.

Allegations have been made by infowars.com that Google Video reset the viewership count of Terror Storm from around 500,000 to 0 to prevent the video from continuing to be on the first page and going viral. Google later admitted that the numbers had been reset by mistake. Although its not that easy to convince members of the 9-11 Truth Movement.

Prosecutors in the trial of Matthew Tanin, one of the two former Bear Stearns managers indicted for fraud in the collapse of hedge funds in 2007, managed to obtain a CD-ROM from Google, containing Tanin’s  email messages from November 20th 2006 to August 12th 2007.

Mr. Tanin had closed his Gmail account, and he thought it was closed. Although Mr. Tanin may get little sympathy, what is troubling is that Google has a very perplexing definition of “closed.”

Do emails that you delete, accounts that you close and pictures that you remove using Google services really get deleted? Or do they continue to reside on Google’s servers? What if Google operated a funeral home? Would they secretly remove bodies after burial and store them in cryogenic freezers?

Sibel Edmonds, a former FBI translator and a major 9-11 cover-up whistleblower was preparing to provide deposition before an American court on the involvement of American Intelligence with Al Qaeda in Central Asia. Around the first week of August 2009 (when the sensitivity of her claims intensified), Google suspended her blogger account, preventing her from posting updates about the deposition. Google claimed that their automatic spam detection technology had labelled her blog as a “potential spam blog.” Her blogging privileges were restated a few days later. But she has chosen to create her own blog than stay with Google.

Being a whistleblower, Edmonds claims that

A few weeks ago I started receiving ‘Google & Blogger warnings’ from my technologically savvy friends and well-wishers, who encouraged me to have a mirror site as a back up and or cease using Google’s Blogger all together. I did take these warnings seriously and started looking at alternatives and other options. 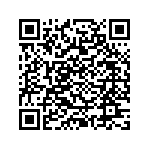