Youtube superstar mechanic Scotty Kilmer published a video on 2nd March 2021, discussing some little-known limitations of the much hyped Plug-in Electric Vehicles. This was followed by two more videos (1 & 2) in which he elaborated his position. The Powers That Be want to move past gasoline engines, just because they have some issues with Saudi Arabia, and it also helps with their broader de-industrialization agenda. But that doesn’t mean you should tag along.

To summarize, here is what can be learned from the video: 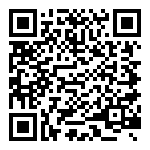